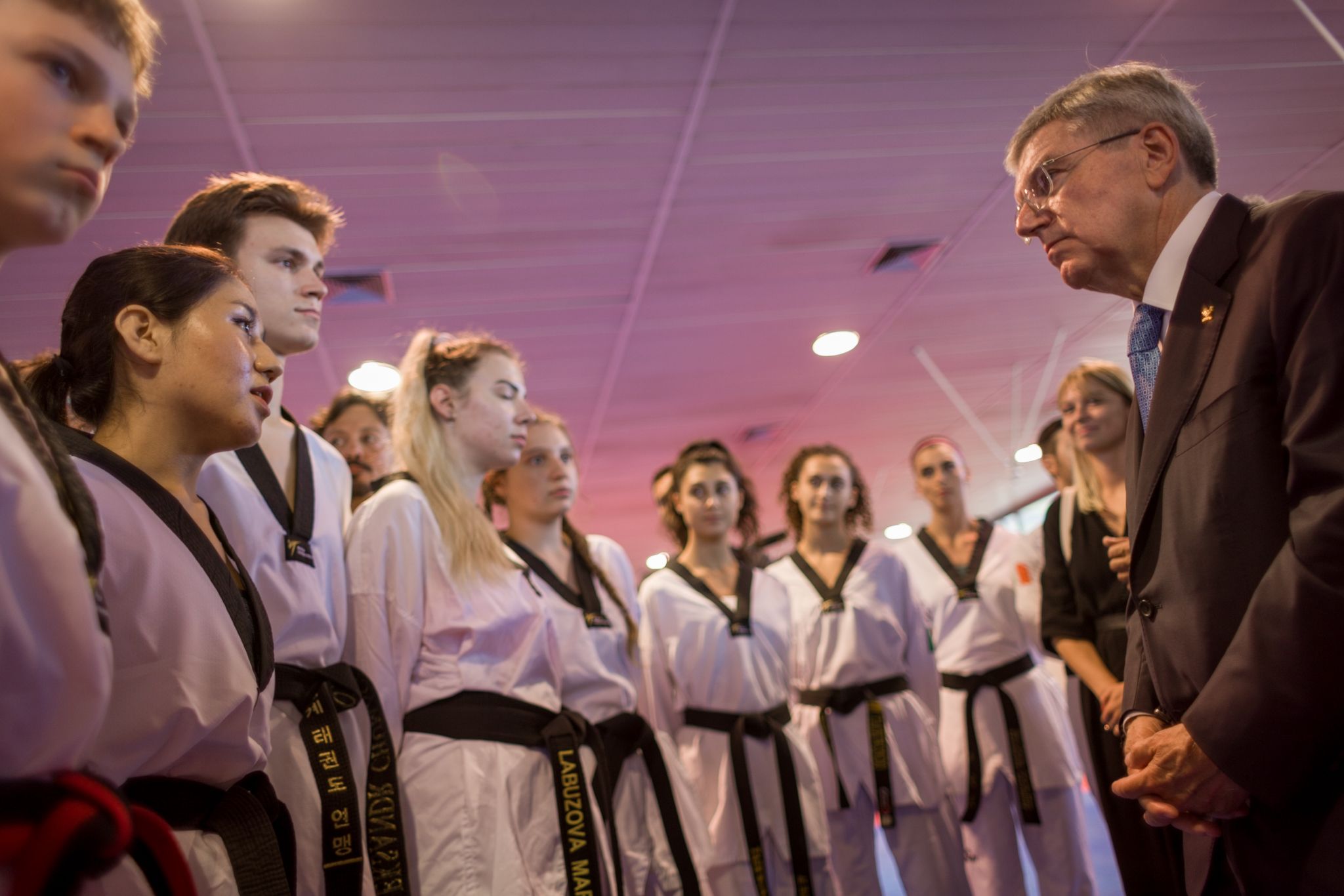 Bach was in Rome to collect the Collare d’Oro, the highest award of the Italian National Olympic Committee (CONI).
He took the opportunity to meet and listen to refugee athletes training in Italy under the support of the Italian Taekwondo Federation.

The head of world sport shared with the national team of Italy, where Olympic and world champions are located.

He visited Mariia Labuzova, Renata Podolian, Andrii Chumachenko, Oleksandr Chumachenko, Mykhailo Korsak, Danyil Babloniuk and Mahdia Sharifi, the Afghan refugee athlete who trains in the country. “Thank you very much for what you have done for these athletes.It is the translation and application on the field of the Olympic spirit and of our values, to remain united under the banner of inclusion and non-discrimination : Citius, Altius, Fortius – Communiter!”, Bach Said.